This is our inaugural post of Spain Sunday: Learn some new sh!t about Spain every Sunday.

Spain not only has the biggest lottery but also the second oldest in the world. We were actually lucky enough to not only see it but see the biggest drawing called “El Gordo” (the fat one).

I had read in a cultural book that the lottery was a big deal here but I didn’t realize how big. I also want to say the culture book tried to explain that the lottery was so big because of Spanish risk-taking culture. This is me paraphrasing the book: There is an awareness of mortality and fate that Americans just don’t have. Possibly because of their religion or maybe just the instability of their history with dictators and wars people are just a little more into death here. You can even see it in the news, they don’t blur anything out. We were watching news footage of a gas attack in Syria and it was absolutely brutal to watch. Like CPR and pulling dead bodies through the dirt with dead kids everywhere. Holy crap.

So the news always has really graphic things because hey, that’s life. Death is part of life so you better make life a wild ride. Why do you think they have bullfights? (Well that and bravado). Sometimes people die during that and it is totally acceptable to watch this sport. Because they’re so in-tune with their mortality  they can justify risky decisions like blowing lots and lots of money on the lottery. Life sucks and we’re all going to die, might as well throw your hat in the ring and see where life will take you next. Makes enough sense.

That hat throwing ring would be that sweet sweet lottery. There are lotteries all year but 2 huge ones around Christmas. The nativity one on December 22nd, and the baby Jesus one on the 6th of January.

Tickets for the biggest one (the nativity one) started selling back in October. We saw the salesmen out and about more frequently and saw people with the papers. Shops displayed their numbers and photocopies of tickets in the window. Heck, our waiter tried to sell us one (well, part of a part of one, more on that later). They’re in most shops and there was even a super huge banner flying across the street back in November advertising a buy-in program.

Crazy enough you can even get partial winning numbers in your cigarettes. That’s right! Combine your favorite vices.

The lottery goes back to the 1800s so it’s rich in tradition and weirdness. When Spain was having its Civil War they still managed to have it. Then when Spain changed from its own currency to the Euro things changed. It’s almost too big to function and with all the changes and adaptations its become very convoluted. Here’s what we understand:

For one, it’s not a powerball so you don’t pick your own numbers. You get assigned numbers but you don’t even get your own ticket. A “ticket” is 200 Euros! So most people break the ticket into chunks of tickets. In fact it’s basically designed to be broken into 10ths. You buy your tenth for 20 Euros. If that ticket wins then you win 1/10th of the prize. People also break it down further with photocopies of the tickets. As a fundraising opportunity a school or charity might buy a ticket (for $20) then break it down into very small portions – like a tenth of a tenth to sell for 2 Euros each. They sell it for slightly more and use that extra money for their charity. So you buy a charity ticket for $3, and $1 goes to the charity. There are laws that control this photocopying and tenth of a tenth stuff which make the photocopy a legitimate buy-in. Our waiter/bartender tried to get us in on a portion of a portion with a photocopy. We didn’t know this was legal at the time so we thought he was plum crazy and trying to scam us.

It’s important to know that there isn’t one prize.There are the 1st, 2nd, 3rd, 4th and 5th place prizes which are great. Then it descends into madness with all sorts of convoluted ways to win below this with partial winners and almost runner-ups. There are about 17 different ways to win or break even that equates to 9,999 winning tickets. This doesn’t mean 10,000 people win as many people shared the tickets. So the people who broke even didn’t even break even, the ticket broke even and the people who paid a portion win a tenth of a tenth of it and on it goes.

The drawing takes place all day. It’s like the Oscars in that it takes place in a huge theater and people dress up and attend. 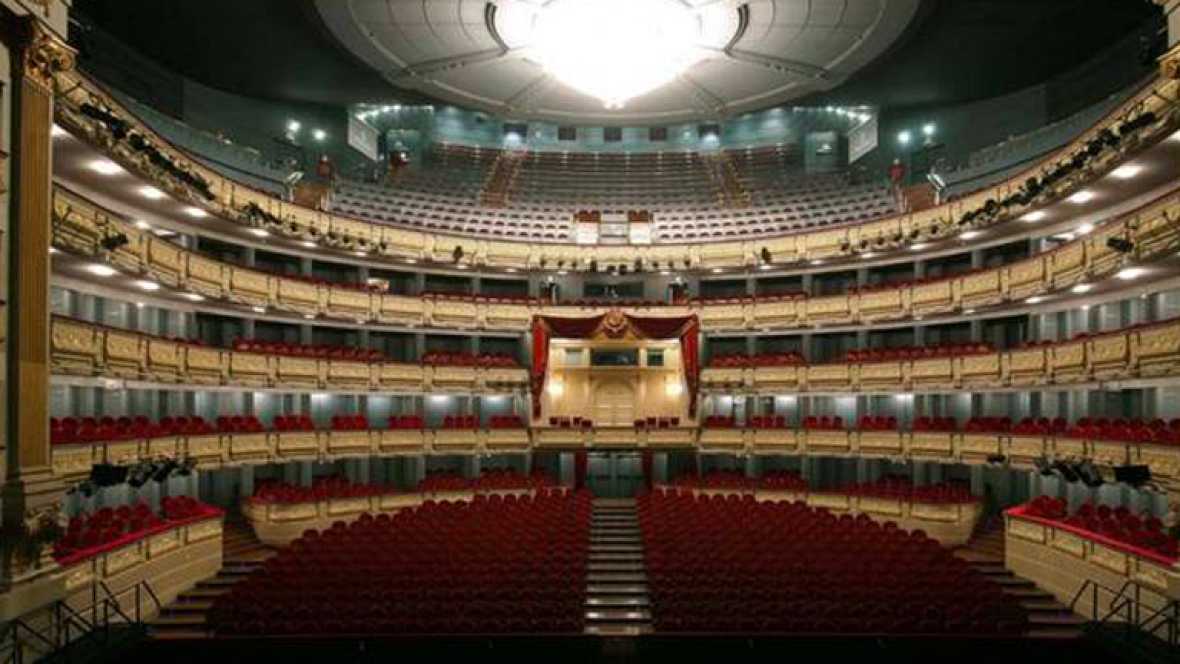 You’ll notice those are straight up children standing while adults look on. Yup, children run the lottery. Well, they at least announce it. The school is the San Ildefonso elementary school in Madrid. It’s the second oldest school in Madrid and used to be a boarding school for orphan children of public servants. It’s always been tradition for the orphaned children to sing the results. The winners would be grateful to the children and would donate a portion of their winnings (I guess people still do this even though they are no longer orphans).

And again, because it takes hours they don’t really sing but chant endlessly. Here’s them singing the winning number and honestly we couldn’t hear a difference in their voices between the lesser numbers and the winning number. Heck this girl sang every number as if it was the winning one and it was endearing to the public. So this sing chanting is on the radio and the tv and just goes on and on “onnneee thousssaaannddd eeeuurrroosss” “number 5 thousand 6 hundred and forty twooooo”  “onnneee thousssaaannddd eeeuurrroosss” “number 7 thousand 9 hundred and sixty seveeennnn.” For about five hours.

Because the little cage has the winning numbers you could theoretically draw the 1st place el gordo at any time. It’s not like it’s a grand finale of the winning-est winners being drawn at the end. So the El Gordo this year was drawn at about 11:30 in the morning but the lottery drawing kept going for a few more hours. You have to watch the whole day if you want to see them draw El Gordo. We were in a cafe watching when they drew El Gordo so we actually just got lucky that we got to see it.

Lastly because of the nature of the drawing and the tickets being split, the winners usually live in the same town. This years winners were most all in a village in Galicia. Particularly a nursing home where 22 of the 25 employees had partial tickets. The tickets do move around, though and in our province of Jaen there were people who had a portion of the number.

So that’s the lottery. That’s how a lottery can exist and change since 1763. It’s a darn mess but like most things in Spain somehow works out.

One thought on “Spain Sunday: The Lottery”