While we do link to many restaurants and places all opinions are ours and (unfortunately) no one has paid us to say anything.

It takes almost no effort to get from southern Colorado to New Mexico so within an hour we had our first state of our spring road trip: New Mexico. 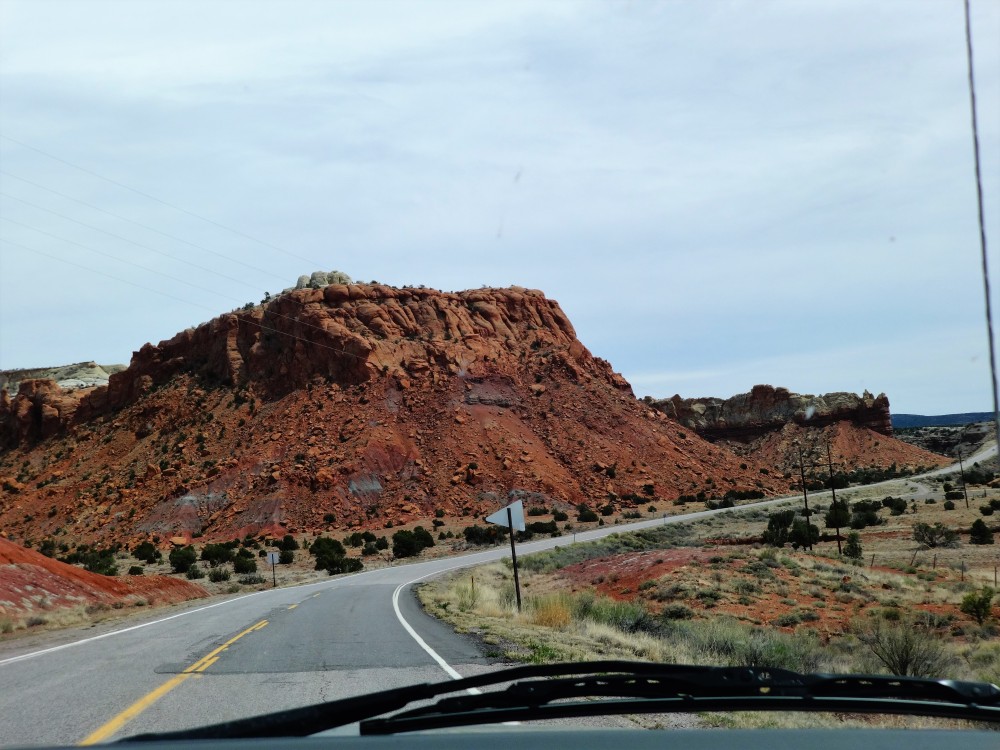 It was only a few hours into our trip and we got lost. We were using Chris’s phone as a GPS and didn’t know its quirks yet. For some reason if the phone is muted the GPS won’t tell you when to turn. So we were rocking out to music and just driving before we realized we had missed our turn a long, long way back. Being stubborn we just drove back through neighborhoods rather than finagle a turn around on the interstate.

Finally we arrived at our first ever RV park. Los Suenos RV Park having never done this before we parked and got comfortable and then realized – now what? What do RV people do? Since our rig was our truck we could take it out but that sounded like a lot of work and then what about parking? The front desk lady recommended the local bus so we took it downtown (5 miles, about 25 minutes). We walked around downtown and ate at a highly recommended restaurant – The Burrito Company (which did not disappoint).  The New Mexico History Museum (Palace of the Governors) was free after 5 pm so we went in and spent a few hours there. We really enjoyed it (although we have no pictures. Sorry!)

We were excited to try out our camp stove so we fired it up to make some oatmeal. We had bought some weird “Cheddar Rosemary Flavor” which we can only say tasted like “humanity’s biggest mistake.” So if Quaker is still making this flavor – don’t bother.

Having been to the Great Sand Dunes NPS in Colorado I thought maybe White Sands would be the same. It’s not and I would recommend both equally. White Sands is way more surreal, I think. The Great Sand Dunes are huge and unexpected right next to the mountains. The White Sands are surreal in how bright and, well, white, they are. It’s pure white. If it wasn’t almost 100 degrees in April you would think it was snow. Or at least a snow globe. People were sledding (which we heard worked better at White Sands than at the Great Dunes but can’t confirm). At the Great Sand Dunes people ski and snowboard but the White Sand dunes just aren’t high enough (and admittedly probably less people own ski equipment this far south).

Driving up to them you can see the Great Sand Dunes from afar because they’re taller. When approaching the White Sands you can see them but only because it looks like a large line of mirror/pure lightness drawn across the ground.  The White Sands are bright. They reflect the hot New Mexican sun and boy can you feel it.

We donned our hats and sunglasses and walked around for a while. We decided to skip the trail hike we had been planning on but did walk around the boardwalk. It’s 0.4 miles and wheelchair accessible. Most of the animals were probably under the boardwalk itself sleeping so we didn’t see anything. It was still nice to read the signs and get information on the place.

We enjoyed the free-range of it. You can park in designated places and just go wherever you want. We were bummed out we didn’t commit to camping here. But this would’ve been the only place we went camping so we would’ve hauled our tent and gear around the country to just use it one time.

We drove to the White Sands KOA which was our first KOA (and one of our favorites. The best ones are in New Mexico). Our proximity to Mexico meant there were some fantastic Mexican candies and sweets at a nearby gas station. We got some popsicles to beat the heat: spicy-mango and arroz con leche (rice pudding flavor with real rice). They were melting faster than we could eat them. We had no idea it would get this hot in April.

We had our first mishap in the truck (night two, a great start). Chris fell out of the back when crawling back out of the tight space.

He caught himself on a camp chair, but it collapsed so basically he fell again and ate the dust. He actually scratched his glasses. But being the cheap folks we are, a year on they’re still scratched. At least it’s not in his line of vision or else we obviously would’ve fixed it.

Part of our trip goals were to hit the road hard on Sundays. We were venturing deeper into the south which meant if we got going early on Sunday morning we would have the roads to ourselves. And we did. We had heard the El Paso traffic was the worst but we coasted through and were very glad for it.

We were happy coasting so we actually turned down a ton of things we had been interested in seeing – some old Spanish missions, the Border Patrol Museum, etc. I’m not sure, if a year on, if we regret missing this stuff. It’s the journey not the destination yaddah yaddah but at the time it felt right so why regret it.

We did make our biggest choice of the trip – to see Mexico, or not to see Mexico. That was the big question. We brought our passports and were ready to go if we felt it was right. But it didn’t feel right because we found this strange little border town, Fort Hanock. Poor place was one of the jankiest places.

Janky: adjective [from the Urban Dictionary] “questionable,effed up, wrong, strange, broken down, undesirable, and/or just some thing you can’t think of another word for.”

There was a concrete barrier with just the word Mexico haphazardly spray painted on it and a little arrow pointing in Mexico’s direction. It’s just one little road. It’s pretty damn obvious Mexico is right there because there is no other reason to be on this road. Besides the few border guards, the whole place looked abandoned. It was awful. We’ve crossed a lot of borders in our time and this is just … it’s not the way your country wants to portray itself. Just some spray painted recycled barrier? So we didn’t cross. After all of this was said and done, we did some research about what would have been on the other side of the border, basically nothing.

Turns out janky was the theme of some places. We drove through plenty of towns that still had people living in them but the whole down town, or more than half the city looked like this:

While we didn’t go to Mexico (the janky barrier served as a warning) we did get to see “the wall” well not Trump’s The with a capital-T The Wall  but we saw Obama’s approximation of it.  (The big redish blackish line across the picture is the wall)

Having been out of the country for over 2 years this was all very interesting to us. We were seeing our country in new lights which we enjoy.

There were a lot more mountains than we expected (excuse us, we’re from Colorado so we just pictured Texas as, like, a desolate, tornado laden ally-way of heat, cheese, and margaritas). Turns out it’s a hilly, flowery, parts-are-tornado-laden ally-ways of heat, cheese, margaritas but with deep fried okra and pickles and also the Alamo [never forget]. Also there are gorgeous sunsets and fantastic birds and the Rio Grande (you guys have water and mountains! What is this? Colorado!) 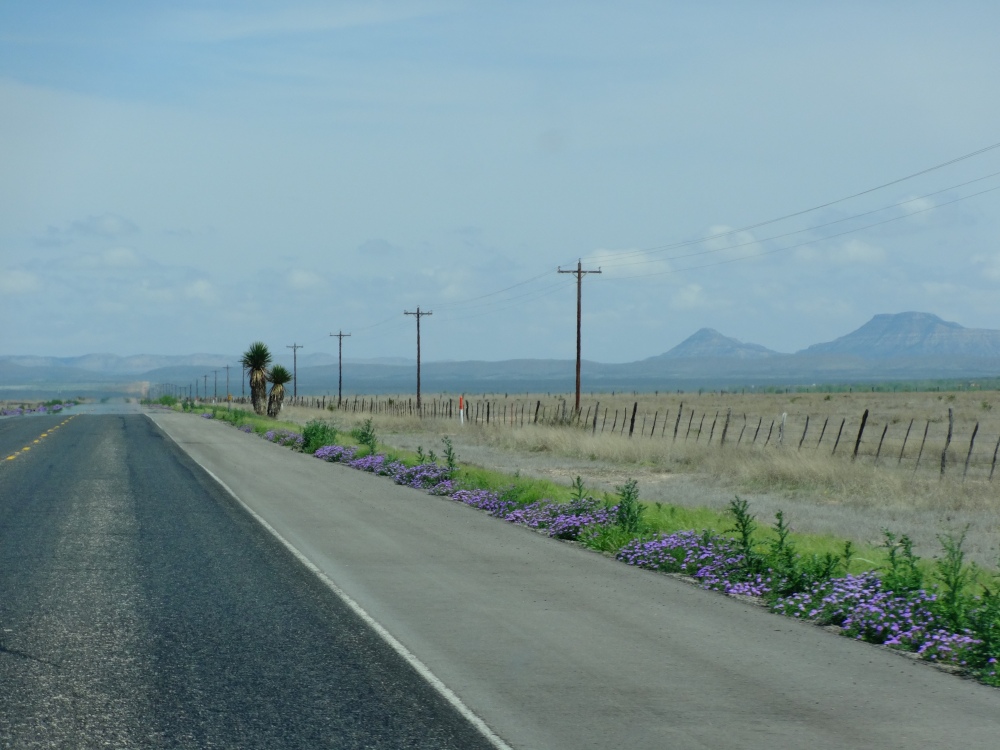 In conclusion everything really is bigger in Texas- except your mountains.

We ate at Chuy’s in Van Horn and holy god that was some good TexMex. We finally made it to Fort Davis, Texas to stay with my aunt and uncle.

Fort Davis was a surprise for us, as well. The roads were mostly dirt and it was very small-town. We thought we were from a small town but this is small. It was a very lovely place. 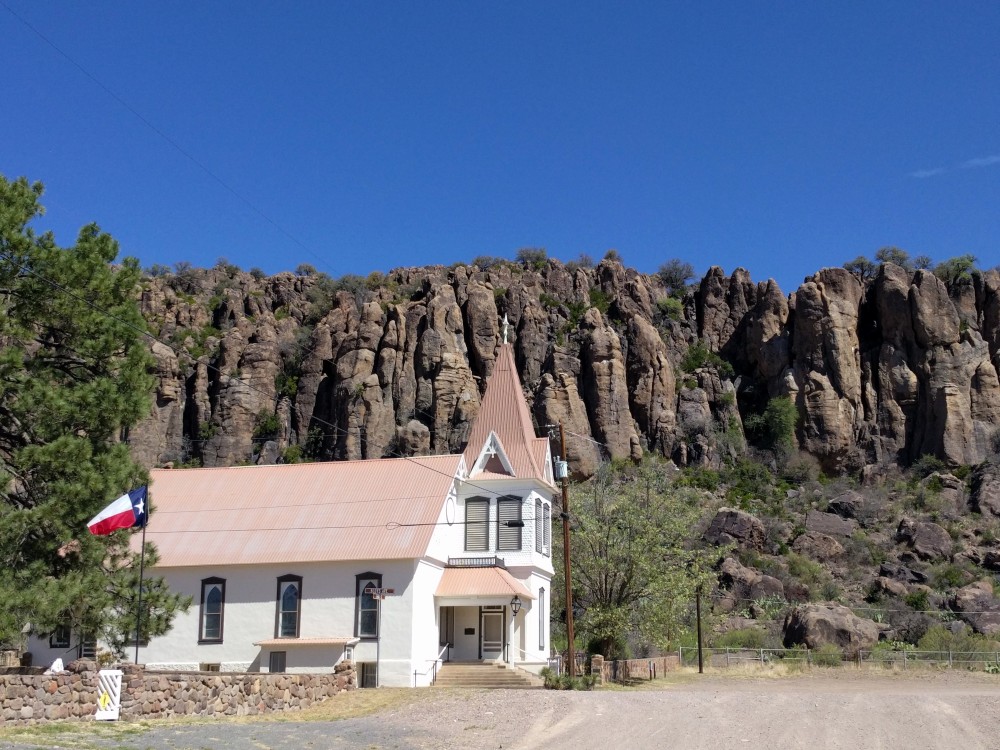 If you’re not catching on that Texas was a huge surprise for us then we’ll say it outright, almost everything was a surprise for us. Marfa was another surprise. What even is Marfa? This unexpectedly liberal, strange … place that has its own culture and art and likes their hotel because it was in a movie. The whole place was a joy to look at architecturally. There were also some silly shops and a very trendy coffee shop. 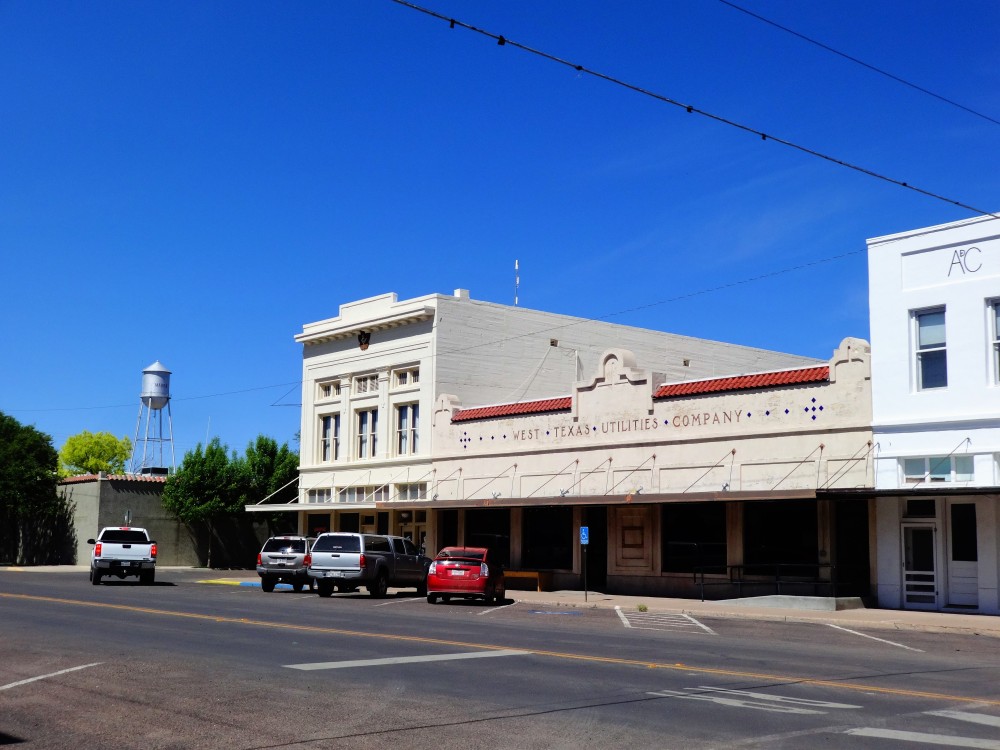 Marfa was just a day trip for us but we enjoyed its hipster vibes and didn’t expect anything like this in Texas (I’m sure if we ever make it to Austin we’ll be completely floored).

Before heading out we wanted to go to Fort Davis (like, the actual fort) in Fort Davis. This has to be one of our top 10 NPS sites we went to. They went to great lengths to keep things preserved and to show you everything they had. 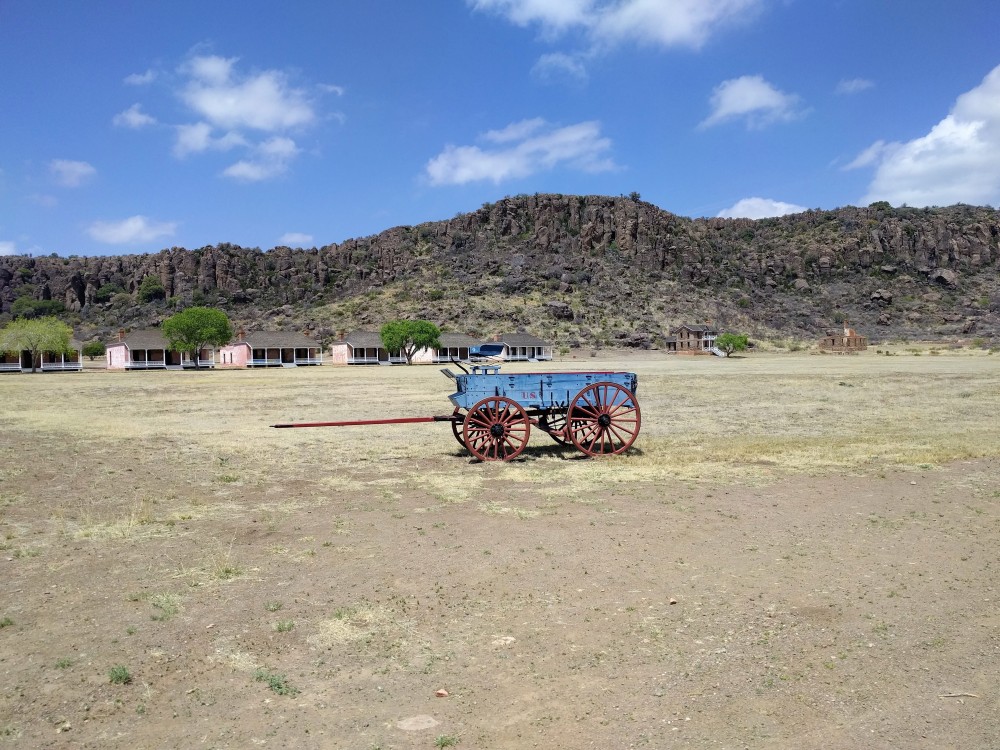 When archaeologists were preserving it they found all the buttons, coins, and broken things that had fallen through the slatted floors. Rather than keep that to themselves they displayed it. You would never think about how much stuff would fall through the floors and preserve a timeline of history, but they made it a display. In the medical area you could try to diagnose and treat “old timey” diseases and injuries based on real people who had been through (or died in) the clinic there. They incorporated real events from the places documentation to make the place a living history museum without being kitschy. They even had the same standardized bugle calls and gave out a paper explaining why the bugle was sounding every thirty minutes.

In Big Bend NPS we hiked to “The Window” a 4-5 mile hike (the internet has different opinions of how far it is).

It’s a fairly easy hike (not too many ups or downs). But it’s Texas and it’s hot so it’s not exactly easy.  There are some steps chiseled into the rocks to make things easier, even.

At the end you get to the window itself:

Where we met a beautiful bluebird – and later, back at my aunt and uncle’s house we saw a lovely sunset:

The next day we went to see the Rio Grande and the Santa Elena Canyon. Words cannot describe how big it was. I’ve been to the Grand Canyon and it’s freaking big but this was also big. In the bottom left corner you can see a two-man canoe – if that puts the size into perspective.

We would also recommend April as the flowers were all blooming on the cacti.