It’s that time of year again. All the things we could’ve blogged about but didn’t because it wasn’t long enough, or we were busy, or whatever.

What have we been up to? What haven’t we been up to? We leave in exactly 10 days and we are not handling it very well. Our days are spent skulking around doing critical chores while trying to make the most of the time we still have on the island.

We got back from vacation on January 8th and immediately went shopping for our Sant Antoni gear. Last year we couldn’t get a sweater smaller than a 3XL because they sold out so quickly. This year we were not so slow. We got our matching gear and went to all the pre-parties.

The night-of was fun but we were using drink recipes provided to us by Chris’s high school students. Those kids can drink so we ended up going home before the party was over because we got a little too drunk. Turns out 16-year-olds don’t have good recommendations/hold their alcohol better. (Chris says: to be fair, we were also drinking the adult beverage “herbes”, which is locally made Jagermeister). Oops. The next morning (hangover be damned) we went to see the pet blessing parade which is 100% the best parade on earth. Who doesn’t want to see the whole community bring out all their birds, rabbits, horses, sheep, dogs and an occasional irate cat? The parade also had floats which were more insane than we’ve ever seen as well. They covered large flatbed trailers with entire ecosystems – one had a mill with running water, one had vegetables they had been growing on it (they piled up dirt) and one woman was cooking stew over an open campfire. Everyone was wearing traditional Mallorcan clothes, so it was very quaint and a great celebration of the old agricultural culture.

The Sant Antoni parties were on the 17th and 18th. Not two days later we were hit by some emergency-level flooding. It was a little similar to the flooding in October 2018 which killed 10 people. That had been in Sant Llorenç a mere 5 miles/9 km away from our house. This year the police and emergency services took the flooding very seriously and decided to close nearly every major highway on the island. In the middle of the day. So my coteacher drove to work in floods but when she got out of school at 2 the roads were closed. Why? Because Palma, the capital city of the island, had a city-wide holiday that day. So no one in Palma went to work or school. The rest of the island did go to school/work. The school board and really the whole government had the day off in Palma and it didn’t occur to those city slickers that the rest of us were still working and driving around.

It rained sideways all day and night for a few days. We had to literally batten down the hatches -the hinged window shades in our laundry room were blown open by the wind so we had to prop them shut with broom handles pinned against the opposite wall.

The walking path we go on daily had a low area which was well over a foot and a half underwater (45 cm).

As soon as the rain came, it left.

We finally went to the hairdresser. I’ve always had bad luck getting them to do what I want in America using English. So I was a little freaked about being able to communicate exactly what I want. I read Google Translate from my phone and showed her bolded words “Sin flequillo!!!” (No bangs). She asked what length with living examples of the other women in the room then convinced me to get mild flequillo in the form of layers. She did great using simple Spanish since it’s not like I know any hair based vocabulary. It was dead silent on my end after that, I thought of small talk we could make but ultimately had a better time listening to the other ladies gossip about how they needed to get themselves a good Andalucian man who would really know how to treat them right. I actually laughed when they were talking about how good Andalucian communion parties are but had to hide the fact I spoke Spanish/was listening in so shamelessly.

The final price for a wash, cut, dry and style was 8 euros. I’m super happy and it was easily the most attentive hairdresser ever.

“Why did you write that stuff on the board?” “I didn’t.” (She puts her hand on her hip and cocks it out with attitude) “Well whoooo did” “Probably Maria Antonia?”

“I guess that’s okay then. But why did you cut your hair?” “Why did I cut it?” “Yes, why?” “Uhh, well I wanted a change.” “Well I liked it before. You shouldn’t have cut it. But also I want to do the English restaurant [lesson] from last year. Can we do that again?” “No, maybe, I don’t know, ask Maria.” “No I don’t want to ask her. Is she your friend?” “Yes.” “Why?” “Why is she my friend?” She ignores me, “Well you can tell your friend Maria that Zaina says that she wants to play restaurant. You tell her that Zaina says this.”

If a child learns 100% of their English from TV this is how they talk. I’m super impressed by how high her level is just from watching TV. Major props to her for using very difficult reported speech and for being 7 and telling it like it is.

We decided we wanted to go hiking in Arta again. I think it had been the prettiest hike on the island (that we can get to by bus) so we went to do it one more time. En route, though, we decided to just try a new hike in the same region.

The hike had two different ways we could go and both went on private property. We gave it a try but after 9 miles gave up. We ate our picnic with a tiny view of the sea.

We live over 8 miles from the sea  (but 30 minutes by bus) so we hardly ever see it or think about it. I’ll see some rogue seagulls or on a really wet day can smell ocean but other than that I totally forget I live on an island. It’s bizarre to see water around us and remember the island is really small. It doesn’t feel small when it takes 3 hours to get across by bus. The lack of decent public transportation has prevented us from doing anything and everything we want(ed) to do. As the last days get closer there is an element of regret that we didn’t do more. But at the same time how can we do more when it could take almost 4 hours to get to a city I can practically see on a clear day?

All morning, from 6 am there were helicopters flying all over the place. On my walk to school there were ambulances (I thought) and police everywhere. Tape barred everyone, even pedestrians (rare around here) so I had to take a different route to school. Turns out there was a massive drug bust. 100 police officers, 7 properties and 10 arrests. The picture on the news article is a house right next to my school. There are always teens smoking pot in an abandoned field next to the school/this house. It’s worth noting that pot is legal in very small quantities and you can grow 2 plants since you likely won’t sell enough from two plants. But this garage, though, has always had the intense smell of pot, loud music blasting all afternoon and loads of people parking real fast to run errands inside. I think the teens who smoke in the field buy it in that garage first and don’t want to walk around carrying quantities so they consume it quickly in the field.

The streets are cleaner, I guess as a result of a super intense helicopter-based drug bust. But from this I learned that my school is totally on the bad side of town. I had no idea until the drug bust happened. None of my students are dirty or neglected like many were in Andalucia. Their parents were some of the drug dealers who got busted but I honestly have never felt unsafe anywhere near the school. It’s interesting to see what “bad side of town” means to different places/people.

Six Degrees of Separation with the Corona virus

That’s globalization. We were talking about it and thought “we live on an island! Islands can sometimes avoid exposure” Ha! Not this one, the most touristy destination in Europe. Incidentally the first place in Spain to get it was the Canary Islands, so go figure.

If anyone is nervous about us going to Japan and being “closer” to COVID-19, globalization has removed any possibility of anywhere being “safe.” With that said it’s still no worse than the common flu especially for people like us who are under 70 years old and not immunocompromised.

Speaking of coronavirus…. But not really

We got an email from Japan saying we’ll be placed somewhere in the Wakayama prefecture (woo!). But we want you to know that the first thing you’ll see if you google Wakayama is there is now tiny outbreak of COVID-19 in a hospital in Wakayama. We don’t know which city we’ll be placed in and thus don’t know how close we’ll be to this hospital.

Our plans are not changing, we’re still being realistic about plans and precautions.  We’ll go ahead and just link directly to the Wakayama Tourist website so you can see how cool it is without getting in a kerfuffle about COVID-19. Last time we described it as the “fruit kingdom” of Japan with strawberries, pears, persimmons, oranges and plums. There is also a major pilgrimage hiking path; Mediterranean clear water for diving and swimming; river rafting, and loads of temples and hot springs. Soy sauce and sushi were practically invented there and the ramen is great (plus, you know, seafood up the wazoo).

We don’t know the exact city or schools but have been told:

So that’s great news. We didn’t want to drive and didn’t care what age group since we’ve done nearly all of them now.

And that’s it. That’s our winter short stories. 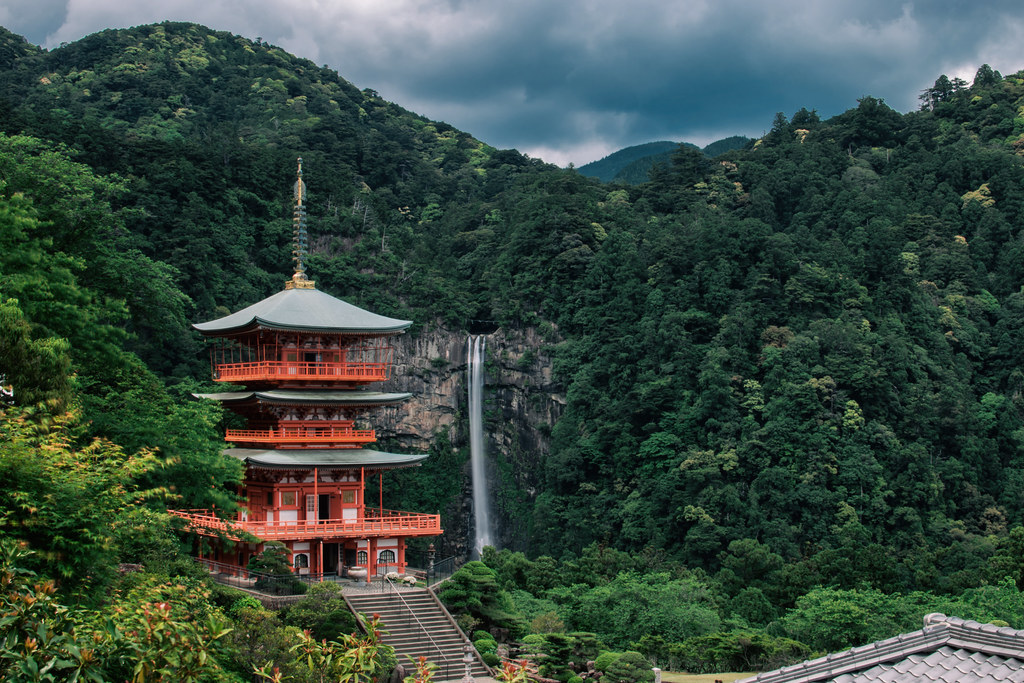