Continuing in our quest to explore the heck out of our area, we set off south towards some ruins.

The surrounding country side is littered with ruins. There are grand plantation-style homes, olive oil factories, homesteads, stables, and farms all lost in the “sea of olives”. We don’t know exactly why they were all abandoned, maybe it just became easier for people to live in the cities and commute out to their land if they need to (olive trees seem to be pretty low maintenance). Or maybe their land got bought up by larger farming operations, so they moved away.

What we ended up going to was amazingly not one of these farms or a stables.

We  went to a straight up (abandoned) spa!

It was pretty straight forward getting there, most of the time we were following dirt roads, but at one point the path diverted through an olive grove. And we have to say, walking through olive groves is no joke. They might look like gentle slopes from afar, but once you get in them they are wicked steep, and the ground is usually all torn up from the tractors and 4x4s the farmers use to get around.

Looking back we had a great view of La Peña and part of the town.

While going to the spa, the route we were following took a strange side track to an abandoned house. At first we thought that the house must have been an interesting land mark or something. But after re-reading the description of the route again I’m pretty sure the guy who made the route just got turned around or changed his mind half way through. We were following his route so we just did what the gps told us to.

I think the presence of the abandoned house was just a coincidence but it’s a good example of how common abandoned buildings are in the countryside.

Continuing on a bit further, we found our goal: Los Baños de Agua Hedionda. “Hedionda” means something like stinky, which is in reference to the sulfur-rich waters that come from the underground spring here.

It’s obviously in a pretty poor state, but if we’d wanted to we could have gone in every room. In the top left corner of the last photo you can see that the paint on the window shutters are still more or less intact.

Going a bit further, we found even more ruins which looked like they had been lodging for the spa guests, but now it’s used as a dumping ground for local people.

So what’s the story with all this?

I can not find even a single guess as to when the ruins were originally built. For reference, the original owner was born in 1871 and died in 1936 (why we know this, but not the date of construction I really don’t know), so it must have been built sometime between those dates.

Also, we have this photo 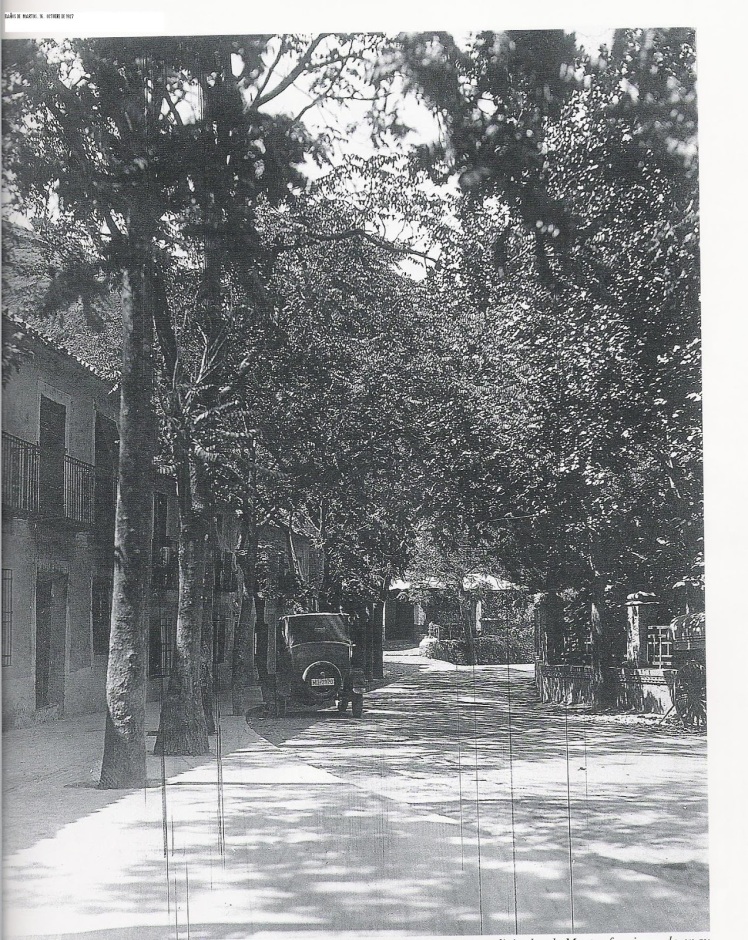 They’re so decayed we barely can say the ruins look like the building in that picture. The pavement and sidewalk as well as the row of neatly planted trees are all gone. In their place, I assume, are rows of foundations and overgrown rubble. Although there was one palm tree still clinging to life to the side of the ruins.

Here is the second picture we have managed to find. 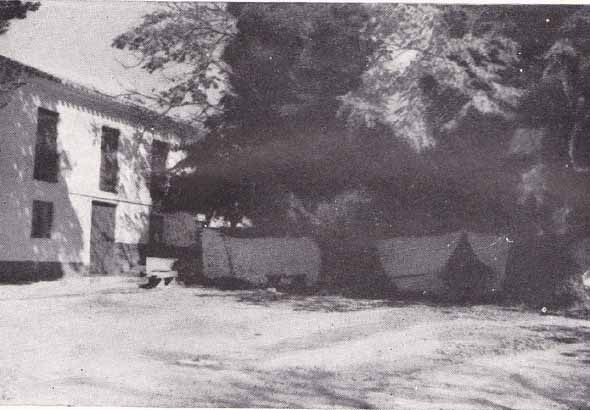 I think that the building on the left of the above picture is the same building I am walking towards in the next picture, but I really can’t be sure. 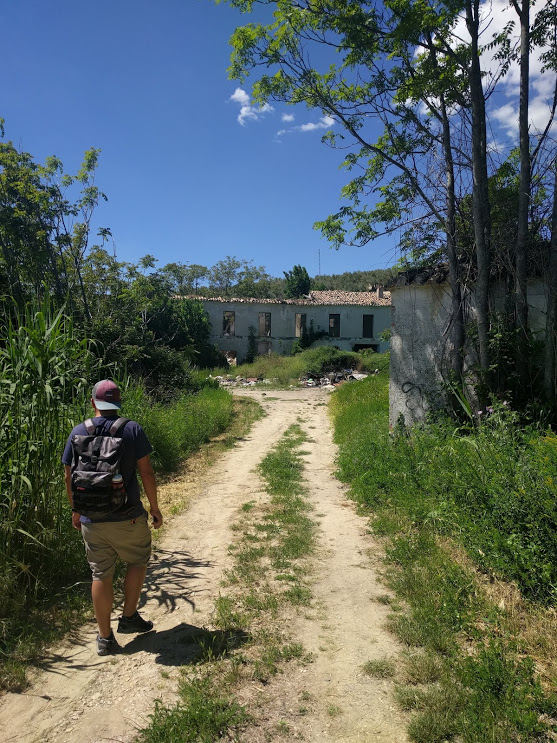 The bit of history that we’ve manages to dig up goes like this: The man who originally owned the spa was a retired police officer. He ran the spa with his family for a  few years before it got so popular that a paved road was built to connect it to the national highway system. There was even public transportation to connect the train station in Martos to the spa.

For the record, here is what the train station looks like now: (we run by it everyday on the defunct tracks-turned-trail Via Verde).

Then the Spanish Civil War broke out in 1936. The owner and his son traveled to Madrid to join the fight (I don’t know for which side and it hardly matters) where they were both killed.  At another point during the war, the spa was used as a military hospital, using newfangled blood transfusion technology to save lives. After the war, the spa closed down and never reopened.

Maybe the owners were distraught with their loses, maybe there was no demand for spas in the aftermath of the war, we don’t know. Today the property is owned by distant relatives of the original owners, which makes this private property. Still, they do not seem to have a problem with visitors coming by to check out this neat bit of local history.

While looking for more detailed information on the spa, I stumbled upon this interesting video. It was made by  some guy, where he talks about how, since it was used as a hospital during the war, and because of it’s tragic back story, it is definitely /probably a door to the beyond.