We’ve been hiking a lot this simmer, and recently went to three really cool Medieval things. We thought it would be best to combine them into a single post, so here it is!

This bridge was built by the Knights of Calatrava, to connect Martos with a neighboring village. Even though it was built sometime between 1250 and 1490 it’s still in fantastic condition. The local farmers still use it to get their trucks across the little arroyo underneath it.

It has three distinct crests on it-  two of which are barely recognizable.

The most visible crest is from the kingdom of Navarre, the same crest that can be seen on the lower right side of the Royal Crest of Spain. One of the crests that is nearly gone looks like it might have been the crest of Martos, a historical crest that we more commonly see on our city’s trash cans and street signs. The third crest might be Castile, but I can’t really be sure.

It was really difficult to photograph them, given that it was hemmed in on all sides by olive trees. To make up for our semi-poor pictures, here is an album taken by a more dedicated photographer.

“Mine” is probably the wrong word. More like salt pools. I am not entirely sure when this place was established. One source says that they go back to the Knights of Calatrava (most things around here do), but they may have existed earlier. It is clear however that they have been in use for a really really long time. 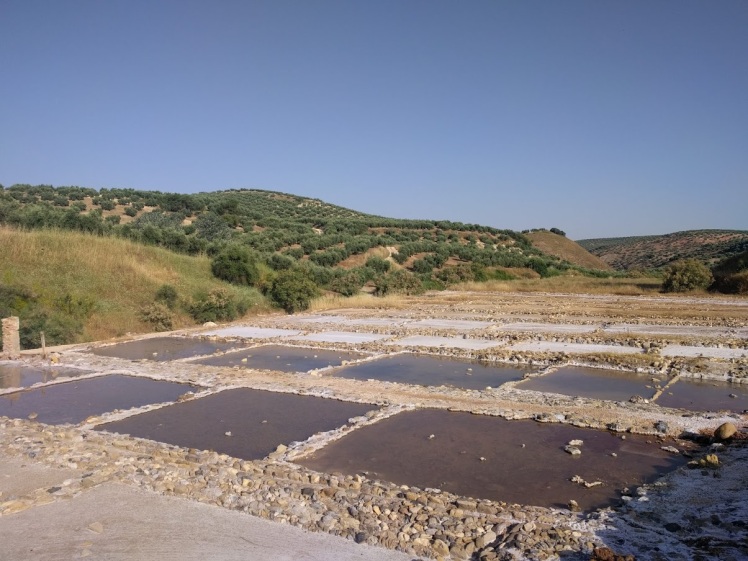 They sit on an arroyo that has a strangely high concentration of salt in the water. The water is channeled into pools, and left to dry in the hot sun. There used to be a house nearby where the salinero “salt guy” would live. This “salt guy” would load up a donkey cart with bags of salt then travel to the villages – selling as he went. And even though they are mostly ruins today, they just keep collecting tons of salt.

Here is a cool video put out by the Torredonjimeno “local access television” equivalent. The video does a good job showing the extent of the salt mines. It’s also a good video to showcase the awesome Andalusian accent that we have come to know so well.

El Molino del Cubo – The Mill of the Cubo

I saved the best for last!

The mill gets it’s name from the arroyo that powers it, El Cubo. El Cubo either means bucket or cube.

When you think of a mill, you probably think of the happy Dutch windmills, or those quaint water mills found in Appalachia. This mill was neither happy nor quaint, no, this mill was more fortified than most castles. 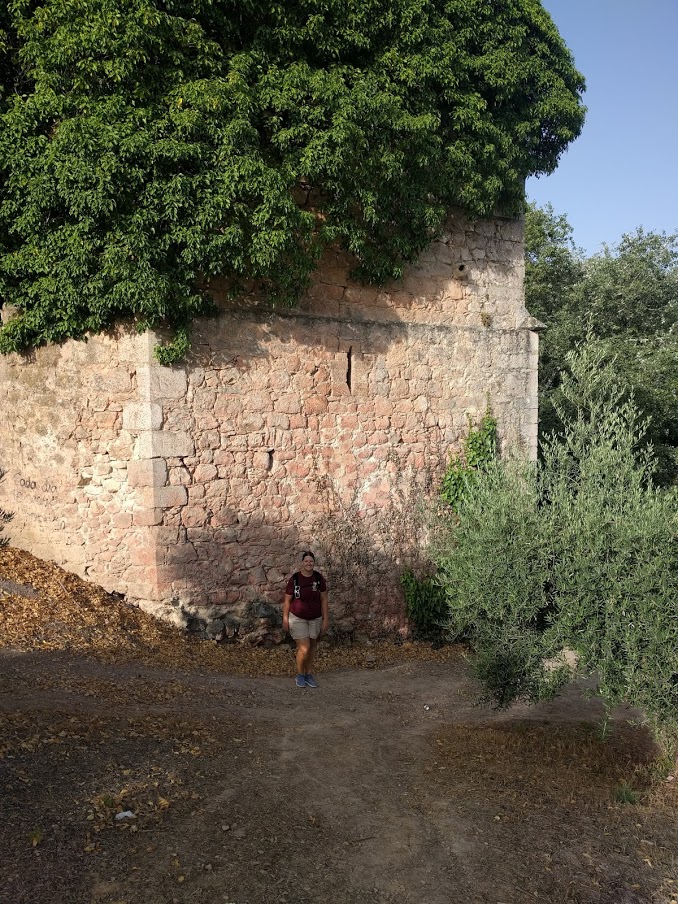 The walls were three feet thick and dotted with arrow slits. It was built in the 1450s, and was probably made so tough to keep out both Moorish raiders and starving peasants.

There was an interesting trough that ran all the way up the valley in order to siphon water off from the stream. The trough ran to the top of the mill where there was a hole that led down into the depths of the mill. The well lead to a water wheel, which drove a millstone. All of the machines used to grind the wheat were located inside the structure, protecting it from sabotage/emaciated villagers.

The inside of the mill was a wreck. It’s obviously a hangout for local kids, hence all the graffiti and beer bottles. Unfortunately the stairs to the second story were gone. Maybe there never were stairs, given the defensive character of the mill- since having a ladder that could be pulled up would be easier to defend. Modern visitors have improvised, though, someone had taken a crowd barrier (the kind used to keep people to the sides of a parade) and used it as a ladder to access the upper levels. Don’t tell me Millennials are lazy.

Up above is where the milling equipment would have been; where the finished product (flour) would have been stored; and also where archers would have shot arrows at raiding Moors and, you know, all the malnourished locals.

After the end of the middle ages, the mill was mostly forgotten about. In more recent times (besides being the teen hangout) it was used by local people as a meeting place to trade all sorts of things. During the Spanish Civil War it was used as a secret place for people to discuss things that the local police would probably not like to hear.

Also, it’s allegedly haunted by either:

These alleged haunting (and elf presence) were probably initially told to keep people from stumbling on secret meetings,  black market trade deals – or to keep teens out.

We’ve been enjoying seeing all these medieval things – besides having two castles in town the olive fields around Martos are full of these little treasures.