The guy who checked us out of our hostal was named a cool Russian guy named Ivan, and he almost made Dublin worth visiting when he dropped this pun on us, “Ivan you to have a nice trip”. Justin’s Inn in Dublin should give Ivan and the HR person who hired Ivan a raise.

We had a day and a half to get from Dublin to the airport in Belfast and we wanted to see some of the cute little villages in between.

The most obvious destination is Howth, but getting a hotel there had been impossible. So we settled on the next best place, Skerries. 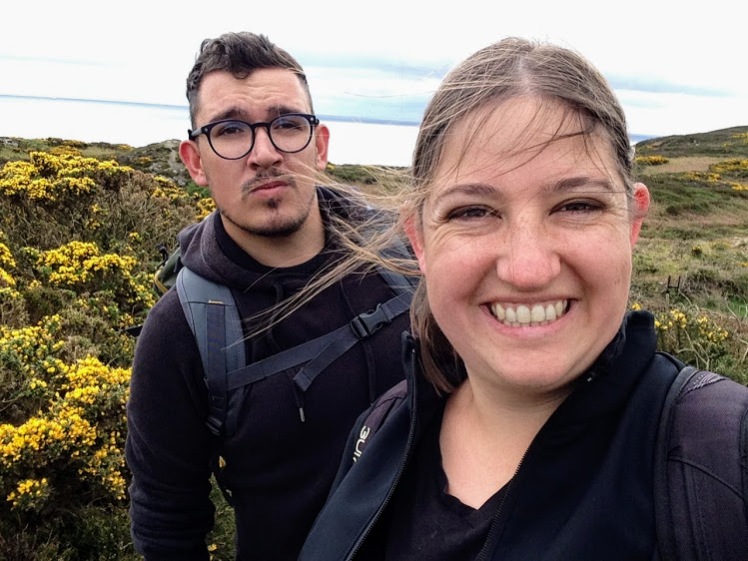 First we took a train to Howth so that we could see what makes that place so popular. Howth is a small rugged peninsula with some fantastic cliff walks, a cute market, and a laid back vibe. We forgot that we’d already been on tons of cliff walks, and the market was closed, so this place was a bit of a bust. So we bailed on the cliff walk and hiked up a large hill to get great views over the Irish Sea. 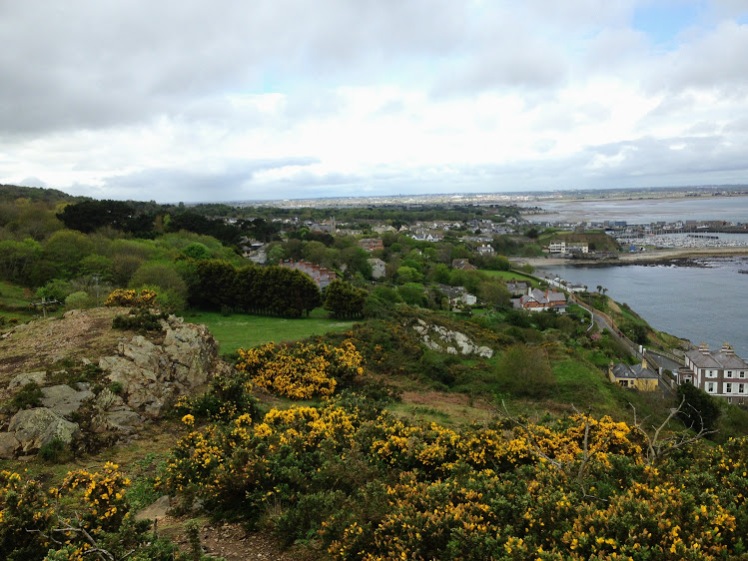 Then back in town we ordered what we knew as going to be our last order of fish and chips. It was cold and rainy, so we could neither eat outside nor eat at any of the seedier take away fish and chips restaurants that were sure to have the best food. We almost ate at another Beshoffs, but as bad as the Beshoffs in Dublin had been we were unwilling to give it a try. Instead we found a pub and settled down for a nice meal. Not Chequers from Portrush nice, but still nice.

Here we also had time to see an abandoned monastery built by the same viking king who built Christ Church in Dublin. We are not sure why it has been abandoned, but the graveyard is still in recent use.

We took the next train out of Howth and continued to Skerries. We were probably the only tourists on a train full of construction/office workers returning from work in Dublin.

We got to the bed and breakfast in Skerries and then wandered around the village for a while admiring the quaintness. It turns out that in 2016 Skerries won the coveted “Tidy Towns” award which is given to the cleanest town in Ireland. Spain could seriously use this competition. (Side note, the city we used to live near, Jaén, was declared the dirtiest city in all of Spain just last year).

So the town is cute, but what is there to see? Not much, but you can take a walk to see the Skerries Mills which function as a sort of open air museum showcasing the old milling industry that Skerries is famous for. You can also take a walk on the beach and look out towards the skerries. Skerry is Irish for rock, and there are tons of rocky islets just off shore.

We took a break in our hotel room and devoured a box of apple bakewells with some tea, and then we went souvenir shopping in the grocery stores. Grocery stores are seriously the best place to find souvenirs no matter the country.

We ended up buying some curry mix (to make 3-1), some spice bag spice (to make spice bag), tea cookies, soup mix, and some instant toffee flavored porridge. These are our favorite kinds of things to bring home with us.

Later we went out to a bar called the Salty Dog and got….just a little drunk to celebrate our last night in Ireland. When we returned to the bed and breakfast we were ja bit tipsy, and we noticed that they BnB had an awesome porcelain crab plate, and we just had to take a picture with it.

The next morning we took a commuter train to Drogheda, spent about 30 minutes there waiting for the next train (we bought snacks in a gas station), then took another train to Belfast. We had a quick meal at a convenience store, took a bus to the airport, and made it back to Mallorca after a 3 hour flight.

We shared the late night train with a bunch of drunken locals who sang the Sant Antoni song for most of the journey. Welcome back, us!