Hawaii is made from underwater volcanoes Come with us 250 million years ago to the Triassic Period (just before your favorite period – the Jurassic one, you know, the one with all the dinosaurs).

You may be familiar with Pangea (when everything was one hunkin’ continent). This is the adolescent period after Pangea when all the continents were moving around. Like a complicated relationship, they split up for a while, surely screaming “That’s for cheating on me with India” as they drifted away, the sea filling up the space between them. But after a while they had some time to think. They hit the gym, deleted Facebook and saw a very nice therapist. They changed as landmasses and some of them reconnected.

Here’s an animation that summarizes 158 million years of this (and if you can’t see the animation go here). India comes running desperately back, Australia is done with that toxicity, and Africa and North America both split in twain for a moment.

Africa and Eurasia came smashing back together. They were like the lovers running back into each other’s arms. “Africa, it’s been too long!” Eurasia surely screamed as they embraced. They ran into each other so hard that the Alps were pushed upwards into existence and the Mediterranean sea (not called that) was made deeper.

They held each other for a long time. So long, in fact, that the Mediterranean stopped existing. The Atlantic ocean was completely cut off from the Mediterranean and it dried up. Maybe even completely, maybe there were hypersalty lakes that dotted where the sea had been.

Erosion and wind exposure created huge canyons and valleys. Think New Mexico or the Grand Canyon. Only much saltier. 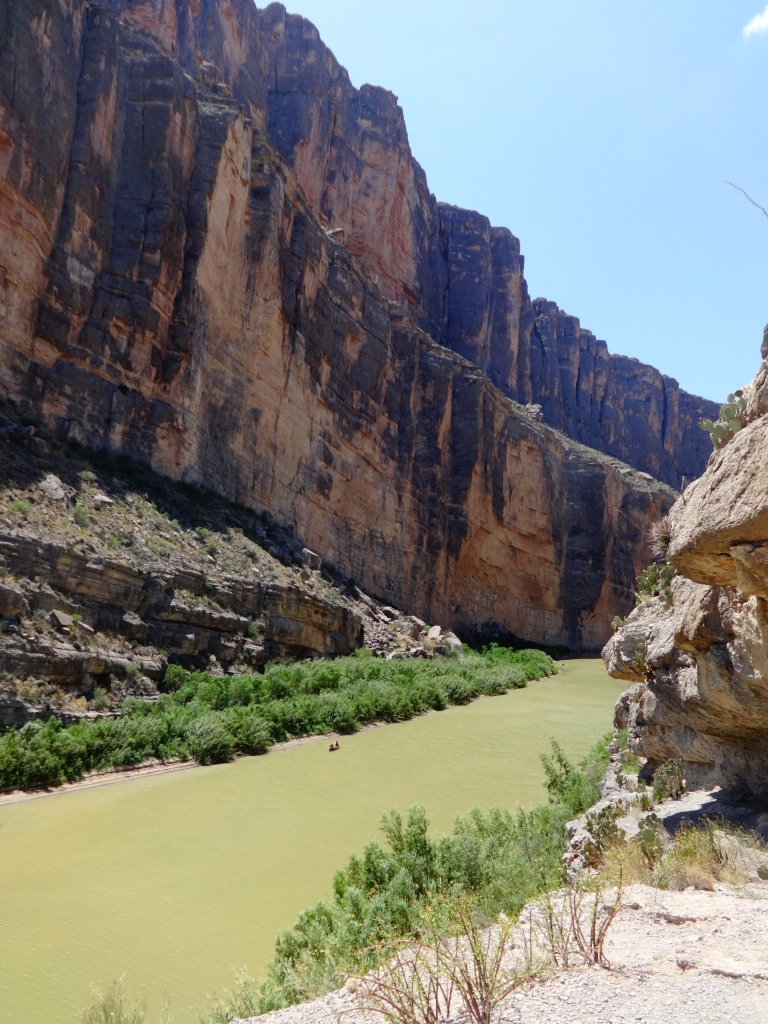 If you were standing at the bottom of what-is-now-the-Mediterranean, with it all dried out and windy, you could die from the pressure (of the air pressure, not water pressure) and it would be 170F (80C). Deadly.

Around half a million years after Africa and Eurasia’s big embrace (they’ve been holding each other awkwardly possibly for .6 million years) Africa awkwardly took a step back. This caused the Gibraltar Strait to break open. Flooding all the water back in.

This is the Zanclean flood. Imagine a 1 mile high waterfall (or more) sending all the water from the Atlantic ocean through a tiny (8 mile) hole. Picture this absolute deluge of water. The Mediterranean filled up between some months and two years. The water inside went up 30 feet (10 meters) per day as the whole basin filled in. Global sea levels decreased by about 30 feet. Probably nothing inside survived. Any special creatures or plants that had figured out how to live in the insane pressure/heat/salt canyon-desert were wiped out. Animals from the Atlantic were washed into the Mediterranean via waterfalls and flooding. They obviously couldn’t go back up to the Atlantic. So they figured out what to do in their new home.

So where are the Balearic Islands in all of this?

Where are the Balearic Islands in all of this?

During all the changing of the 2 supercontinents, the dolomite and limestone that make up the island were forming. This takes forever so you can’t just say “it happened.”

The Balearic Islands were there, they were just working on their limestone while being twisted, pulled apart and shifted around as everything else got shifted around.

Just as Africa was looking like Africa and was preparing to get close to Europe, (Eocene epoch), shallow water was forming reefs around the island.

Just as the Caspian/Black seas were closing up from the sea (Oligocene epoch), the Balearic Islands were forming their mountains with contractions and sedimentation.

Just before the Nordic countries started looking Nordic (Miocene epoch), the contractions near the island stopped and dolomite and limestone was more or less as it is now.

When all the shifting was basically finished, the Balearic Islands and the basin of water around them shifted in a clockwise direction.

When the water began to evaporate they stopped being islands. They were always connected to Spain underwater, but now there was no water. You could’ve walked from Barcelona and Valencia to the Islands. They also weren’t separated, you could walk from Mallorca to Menorca. If you can’t see the animation click here.

Then just picture this in reverse as the water came back in.

Now there is just a small hole- only 8.9 miles (14.3 km) separating Europe from Africa. Africa is possibly moving towards Europe again so someday in the future this very thing could happen again. Maybe in millions of years you won’t have to take a boat or plane to get to the islands. We may have a train or road that goes from Barcelona to the Balearics over a mountain range.

Because there’s little space between the Atlantic and Mediterranean it is currently evaporating. It’s always evaporating. The tide doesn’t exactly come in or circulate through the 8 mile hole. So the Med needs rainfall to keep it “normal.” Without enough rain, the water evaporates and it keeps getting saltier and saltier. This makes small changes in landscapes and coastlines over time (but not so fast that we can see).

And the Balearic Islands?

Mallorca is unusually fertile and green compared to other Mediterranean islands. It also had unique animals native only to the islands for a while (they’re dead now).

The limestone that makes up the islands dissolves naturally over time. This has created massive caves around the island. The most famous of which is Cuevas del Drach in Porto Cristo (near Manacor). The limestone has also helped humans to get water – all of our water seeps through the limestone to make underground water reserves. This is good for wells but bad for sustaining large populations.

Everyone’s favorites are probably the calas – the coves that create perfect little beaches. This is thanks to all the shifting, pushing, breaking and spinning from the Neogene and Paleocene periods.

It got the winning combo of fertile lands and mountains after all the shifting was finished. This combo has helped animals and people farm and live for a long time. It helped them drink and survive. The extreme coastline of mountains leading into the sea have helped create natural defenses (but only in some places). Now it’s given people touristy caves, rock climbing and hiking and beautiful beaches. All in all, a good place to live, and now, a good place to visit. All thanks to 245 million years of hard work.

One thought on “Mallorca Monday: How the Balearic Islands Were Formed”